Release of the single LoSt in digital version only.
Available on all streamimg and download platforms.

DIGITAL DISTRIBUTION ONLY
@ iMD ZABMUSIC
You can find it on all the usual download and streaming platforms: itunes-Spotify-deezer-Amazon ...

Also of course on bandcamp

„NEBENSONNEN" is the original soundtrack of a choreographic creation by Editta Braun published on CD in 2000 on the label Atonal (Berlin). It was recorded and arranged 20 years later under the title "NEBENSONNEN - remake“.

„Nebensonnen" are halos that make a second, weaker sun appear in the sky next to the sun. Broken reflection, symbol of a close, formative, very special relationship - the phenomenon inspired the choreographer Editta Braun to a touching dance evening about mother-daughter relationships. Thierry Zaboitzeff composed a particularly sensitive album, transparent and clear, both gentle and powerful, in which he relies primarily on piano, sparsely accentuated by strings and soft electronics.

releases April 3, 2020
All compositions and all instruments by Thierry Zaboitzeff

Numen Art Festival
In connection with the coronavirus Covid-19 pandemic, the festival is postponed to June 18-25, 2021

Dear friends, collaborators, colleagues, followers,
Aria Primitiva in its current "Live" form no longer exists.
I have indeed decided to pause with the stage and its time-consuming and energy-consuming management.

The album Sleep No More is still relevant and remains my pride,I keep promoting it, defending it.

There are also live videos that you can share without moderation in order to continue supporting this project.

In the near future, an Aria Primitiva - Act II on the basis of a radically different line up may well emerge.

Thanks for your support, stay connected !

The album Layaz is part of the original soundtrack of the choreographic performance of the editta braun company, which premiered on October 4, 2019 with the urban dancer Cat Jimenez, experienced in the discipline of "battle". On this occasion, Thierry Zaboitzeff and Editta Braun immerse themselves in the world and vocabulary of urban dance: Hip hop sounds superimpose and transform the codes of contemporary dance. A new adventure for both artists.

Dr. Zab goes to Hip Hop - House - Dance this time.... and plunges into this adventure far away from his universe, but of course who would be surprised: without denying himself.

Currently
composition and recording of an original soundtrack for the new choreographic project by editta braun company (A)
Premiere: October 4, 2019 SZENE Salzburg, 7 pm

Short solo concert of Thierry Zaboitzeff in the frame of the 30th anniversary
of editta braun company.
Surrounded by samplers, loop machines, electric cello, bass guitar, vocals he will perform some highlights of his large repertory. 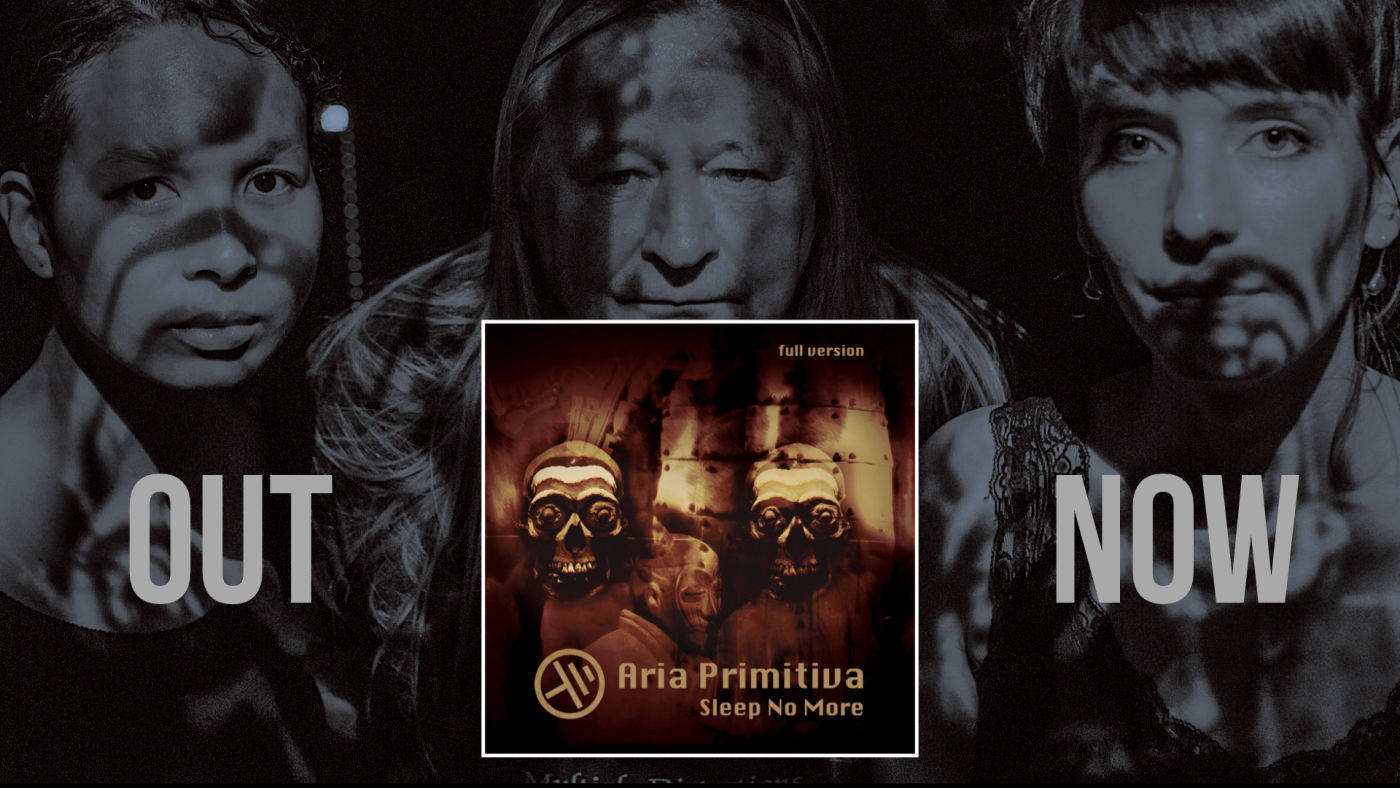 I will have the pleasure to present Aria Primitiva Trio in concert
and with an album at Booster / wtpl-music.

This is a pre-sale of Cuneiform Records' FIRST-EVER BOX SET.

It is a MASSIVE release by ART ZOYD of all previously unreleased material.

It will cost us a fortune to manufacture this, and we do not have a fortune, so we are asking Art Zoyd's fans and our friends and fans to help us to be able to release this by paying for their copy in advance directly from us. This will give us the needed funds to pay for its manufacture which we need in order to make this set a reality.

Important, please read:
If we do not sell enough copies of this set here, by March 1, we will be forced to cancel the release and your money will be refunded.

If all goes as we hope and plan, we will send you confirmation of production in early March, and we will ship the boxes and shirts to you sometime in May 2017.

In return, and in thanks for your early purchase, you will receive a...
FREE LIMITED EDITION ART ZOYD T-SHIRT that will ONLY BE MADE EXCLUSIVELY FOR THOSE WHO PRE-BUY THIS BOX SET; if someone orders it from us after this pre-sale or anywhere else, the price will remain the same, but they will not receive the shirt!

If you want to order, please ONLY order this item. If you want other items from us, please place a separate order for those items.

Thank you for your help in making this gargantuan project happen!!

“Art Zoyd is a quartet, but their instrumental arsenal produces the sound of a mighty orchestra.”

“Art Zoyd...is one of the most important collectives in the world - dangerous and challenging.”

“...a description of Art Zoyd can not be contained in a single adjective.”

Originally founded as a psychedelic / progressive rock band in France in 1969, with the arrival of soon-to-be co-leaders Gerard Hourbette and Thierry Zaboitzeff in 1971 and then with the departure of the band’s founder, the group radically changed direction. By 1975 they were no longer a ‘rock’ band with guitars and drums, the band were now a based around the unique sounds of violins, electric bass and cello and trumpet, with additional instrumentation.

In 1976, Art Zoyd released their first album, toured with Magma and within a few years were invited to become one of only eight members of the Rock In Opposition Movement, a musician-led organization of some of the most cutting edge bands from Europe who banded together to increase their opportunities for work.

By the early 1980s, they were touring internationally and were a figurehead of ‘new music’ or ‘avant rock’. Beginning in the mid 80s into the mid 90s, they were at their peak renown, collaborating with choreographer Roland Petit, who commissioned them to work with him on a full ballet: Le Marriage Du Ciel et De L’Enfer (The Marriage Of Heaven & Hell) as well as performing live, self-penned soundtracks to classic silent films such as Nosferatu, Faust and Haxan. Concurrent with this period and their work in ballet and with films, the music shifts towards a more electronic, stripped-down and modern sound during this era.

in 2014, after a period of inactivity, Gerard and Thierry began to speak to each other about the idea of performing some retrospective concerts to celebrate their many achievements and performing as much music from the past as was practical in a concert with as many old collaborators as could be included. The first of these events was held in September 2015 at the Rock In Opposition Festival in Carmaux, France.

This 14-disc set is an outgrowth of the celebration of the decades of Art Zoyd’s far-sighted musical work.

Every CD is filled to the bursting with nearly 80' of music. There are basically eight CDs of live recordings stretching from the years 1972-2004 and four CDs of studio recordings, sketches and outtakes from 1980-2005.

Of the two DVDs, one is comprised of historical television appearances from the late 70s into the end of the 80s and the other being the entire performance of their celebration at the RIO Festival.This is what is included in the box set...

As a THANK YOU from Cuneiform for pre-ordering this box set now, you will receive a FREE LIMITED EDITION ART ZOYD T-SHIRT featuring the band's logo specifically-designed for this momentous occasion in the size of your choosing.

AN ARIA PRIMITIVA EP (WORK IN PROGRESS)
WILL COME OUT JANUARY 2018
STAY TUNED !

All music composed by Thierry Zaboitzeff except Epilog:
free adaptation of "Blowing in the Wind" (Bob Dylan)

The concert pianist Cécile Thevenot performs hers and Thierry Zaboitzeffs compositions at the grand piano.

Five female dancers - bodies in concert - enter the stage, creating a physical dialogue with the pianist's performance, thus embodying and externalising the interior sounds and texture of the music.

Fantastical lemur-like creatures - distorted, constricted and oppressed - invade the concert pianist’s perfect harmonic world, so that even the artificially encapsulated world of high culture, where the pursuit of perfection doesn’t leave any room for doubts, cannot escape from the tension of everyday cares and worries. Nightmarish realities and fears, but also a shadow of the desire for freedom, appear as incarnated thoughts and feelings. The five dancers’ moving bodies - sometimes individually, sometimes in pairs, sometimes a seemingly inextricable agglomeration of extremities - constitute and articulate the physicality and motivations of strange, otherwordly creatures. Are they the pianist’s alter egos or dark suppressed aspects of her soul? While she is playing, these beings become her fellow antagonists and collaborators. They are suffused by the dense, mighty live music and then are driven or tortured, hunted or released, by the sounds around them. They resist – and they react.

" The idea is to show that this music written in the late seventies/early eighties to the present can be part of our repertoire and be played again whenever the fancy takes us, by new musicians or with new arrangements, that may be spectacular or imaginative. It is a recital, more or less chronological, of the pieces that are considered as our reference or "cult" pieces (our records or CDs are still sold, talked about or reissued 20 or 40 years on). The concert will therefore only include pieces from Art Zoyd's repertoire, from Symphonie pour le jour où brûleront les cités (Symphony for the Day Cities Will Burn) to The Fall of the House of Usher, including Nosferatu, Berlin, Marathonnerre, Phase IV and so on. "

MUSIC FOR
THE CHOREOGRAPHIC
PROJECT "LOST"

THE CABINET OF DR. CALIGARI
CINE-CONCERT

2015 - 2016
In collaboration with the pianist and composer Ayşedeniz Gökçin composition for „Close Up“ by editta braun company, an international co-production of ARGEkultur Salzburg, KosmosTheater Wien, Posthof Linz, Manipulate Festival Edinburgh
2.+3. October 2015 in Vienna,15.+16.+17. October 2015 in Salzburg
MORE INFO NEXT

Co-composer and multi-instrumentalist for the Art Zoyd Birthday Concert (45th anniversary), live at the Rock In Opposition Festival 2015; a project of Gérard Hourbette and Thierry Zaboitzeff: Art Zoyd + guests